tea with the vicar 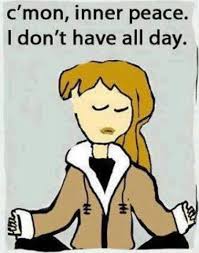 Yesterday was a really bad day.  On the emotional pain score it was a big whopping 10.  It was six weeks since my Chloe died and the pain seared through me like it had never done before.  They say that grief can feel like a physical pain - boy is that true for me.  Yesterday was the worst day so far.

I now believe there is such a thing as a physical broken heart.  And mine is broken in two and I don't see any healing in sight.

Much to my husband's, and some friends' amusement, I'm into yoga in a big way - but not, I hope, in a weird way.  If that makes sense.  Meditation has helped so far and has kept me just away from downing the whole gin bottle in one, a little trip down to Beachy Head (that is a joke, I think:) or murdering somebody/anybody who seems to have it better than me - and that seems like quite a lot of the population at the moment.

But yesterday yoga didn't have a chance against the vicious grief that ripped through my body.  Not a chance.

So I tried God.  We haven't been on speaking terms lately.  I've given him/her the odd evil glance up at the "heavens" and occasionally I've muttered the odd, very lame, swear word in an upward direction.  Once a Catholic and all that - I never dare to do any real shouting.  But deep deep down I feel so disappointed in my God.  I haven't been that bad a human being, not totally good but I know of far worse.  In fact I was a pretty good Catholic up until a few years ago.  I was even once a member of the Catholic Mothers and I cleaned the church!  Why didn't God remember any of this when he/she chose Chloe for one of the 35 UK children each year who fall victim to Ewing's Sarcoma?  Lately my God hasn't seemed very kind, fair or worthwhile.

So today I tried to find out about a slightly different God. Heaven help me I went to the Church of England.  Slightly worried that my very Irish Catholic Mother and Grandmother would start hurling rocks at me from "heaven". But nothing happened and it was all really nice. In fact really nice.

Kathryn is an ex-barrister and now our local vicar.  Some could say that she was sent to me - as I felt a renewed kind of "faith" when I met her.  She conducted Chloe's memorial service and my God was she impressive.  She put in the kind of performance you see in films - thoroughly uplifting and inspirational. Chloe would have adored the theatre of it. Spectacular!  So many people have commented since about how she touched them. She is really really lovely.

So today we had tea together.  I've never had a vicar to tea and if felt very civilised and I felt a little bit honoured, and a little in awe.  Never one to beat about the bush I went straight in with the killer question: "why did your God allow Chloe, aged 18, beautiful, funny, marvellous (I could go on and on) die of bone cancer?"  Seems a pretty sensible question to me.

I should have known it would have taken far more than that to rattle my wonderful new friend.  She didn't have any answers and said nothing trite about finding God in other places, or God could have made her suffer more - or any of the previous "ridiculous" things I'd previously heard about religion.  Instead we sat and talked about how unfair life is, how dreadful things happen to really good people, how there are many forms of suffering and about the Easter story and Jesus suffering on the cross.

Most importantly she asked me to sit with the pain and not try to find any answers now.  And strangely that seemed to satisfy me - for today at least.

So at the end of the day I went back onto my yoga mat and sat and thought of Chloe and how much I love and miss her.  And it reminded me that I have a long long journey back to anything resembling "happiness" - whatever that is.  But just for now I need to be patient and not search for too much meaning.

Today felt a little better than yesterday and for the first time in a long time I contemplated going to Mass on Sunday.  That is a big step.